As a leading consumer advocate and money expert, Clark Howard has been sharing practical advice to help people save more and spend less for more than 30 years.

Although Clark grew up in an affluent home, he was not immune to financial hardship. During his freshman year in college at American University, Clark’s father lost his job. In that moment, Clark realized his parents never saved any money.

Clark started to work full-time to pay for his own education. He was working during the day and attending school at night. After college, Clark chose a job at IBM because the company offered tuition reimbursement which paid his way through graduate school.

Clark was committed to becoming financially confident so he started to save every other paycheck — establishing the foundation for a strong financial future. Clark opened his own travel agency, Action Travel, in 1981. The airlines were recently deregulated and the market began to set the fares — it was the perfect opportunity for Clark to start his business.

After six years, Clark sold the agency and retired at the age of 31. With a dream to live at the beach, Clark moved to Florida. He was traveling, exercising and enjoying his financial freedom — Clark was set for life. While still retired, Clark appeared as a guest on a radio show to answer questions about travel. He did a few appearances and became a routine guest.

Clark was asked to host Cover Your Assets which later turned into a nationally-syndicated radio show, The Clark Howard Show. 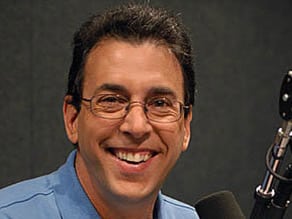