Not many broadcasters can say they are on the air for 6 hours a day, 5 days a week, but that is exactly what Brian Kilmeade has been doing since 2006. After joining Fox News in 1997, he was soon named co-host of Fox & Friends.

Brian has written 5 books, 4 of which were New York Times best sellers: ”The Games Do Count”, “It’s How You Play the Game” and more recently, “George Washington’s Secret Six”, “Thomas Jefferson and the Tripoli Pirates” and "Andrew Jackson and the Miracle of New Orleans" co- written with Don Yaeger.

He currently resides in Massapequa, NY where he grew up with his wife and 3 kids. When he is not working, you can often catch him on the soccer field watching or coaching. He graduated from LIU-CW Post with a BA in Communications in 1986 where he also played soccer. 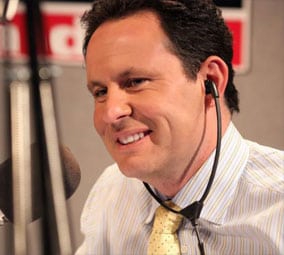