Gene Garris was born in the early 1970s in a wattle, daub, willow, and wisteria construction at the confluence of the Saluda and Broad Rivers.  He grew up as essentially feral child with little formal indoctrinations. He was graduated from Spring Valley High School in Northeast Richland County.  He attended and was graduated from Clemson University. While in high school he was a frequent contributor to the Teen Forum Show on a local radio station. Whilst a student at Clemson Tiger Stromworld University he had a Friday evening program on WSBF FM for the entirety of his time there. The program was entitled Sex, Lies, and Farm Machinery and ran, year round, from 1989 until 1994.  Gene was advertising director and served on the engineering staff. At Clemson, he was a member of many clubs and activity groups causing his father to inquire ‘Are you sure that your major is not extracurricular activities?’

Before graduation Gene Garris-because of his political interests and skills-was offered, and he accepted, a job in the office of a statewide constitutional officer.  Solving problems was what it was all about. After being in the belly of the beast, the Leviathan, and that wretched hive of scum and villainy for as much a free thinker could stand Gene Garris moved to Atlanta to pursue his post-grad professional education. After completing that degree program he worked in the wicked city and was later convinced to return back to South Carolina to take over the practice of a dear injured colleague and mentor.

After the return to Columbia, he partnered with Dr. Charles Campbell, his radio associate for 15 years-a business and personal friendship only ending at Dr. Campbell’s passing, and created the STR Radio Network.  Gene Garris created a number of programs and saw it as a mission to help under-realized talent and divergent voices to find a place on the radio.

Gene Garris has been on a number of Columbia stations pretty much mapping out all the good ones. If you have ever heard his voice over the air it could have been on WISW, WCEO, WOIC, and the best, The POINT, (WQXL)  AM & FM.

Gene Garris is on the air now with americasradioshow.com broadcasting from The POINT (WQXL) AM & FM Columbia and can be heard live on Sunday nights.

In our age, there is no such thing as 'keeping out of politics.' All issues are political issues, and politics itself is a mass of lies, evasions, folly, hatred, and schizophrenia. -George Orwell

‘Radio is magical.  Neither a cable nor a wire.  It connects people and is always there.  We are all swimming in the signals, the waves, the radiated output.  Radio is as a wondrous construction as mankind has ever created. There is a transformational possibility with over the air radio inherent in its nature because it, uniquely, can narrate the theatre of your mind’ -Gene Garris

Gene Garris can be reached at drgenegarris@alumni.clemson.edu and 202-524-0995 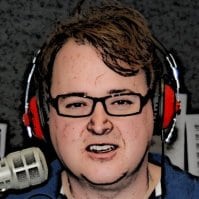