Since 2014, Woods and Water SC radio has been the premier integrated information platform on the Outdoors for the state of South Carolina… and it’s only getting better! The show features Roger Metz and his daughter Taylor Metz.

Roger’s “other life” has been 30 years managing the clients of his accounting practice...and that’s all he has to say about that.

Roger not only enjoys producing and hosting the weekly radio show, but he also enjoys photography. Many of his photographs have been published in magazines like Upstate Today and BASS. His pictures have appeared on the social media sites for many professional anglers like Brandon Cobb and Anthony Gagliardi, and industry partners like AFTCO and Greenfish Tackle. Other partners, such as Falcon Bass Boats and Visit Anderson, have used Roger’s pictures for their print ads and in featured stories. Roger has also been hired to shoot product and fishing trip photos. Roger has published articles about hunting and fishing in local newspapers, has been featured in Carolina Sportsman Magazine and has been a guest speaker at local fly fishing and bass fishing clubs.

Roger is an Active Member of SEOPA and is on the Planning Committee for the Foothills Chapter of QDMA. He is also past President and Board Chairman of SCOPE (South Carolina Outdoor Press Association) and a former member of the Finance Committee for SEOPA.

Winter of 2018 – Roger’s 15-year old daughter Taylor officially joins the show as co -host, subject of course to the time demands of High School. Taylor has been hunting and fishing since the age of 4 and continues to enjoy every minute she spends outdoors. She was a competitive archer in the NASP archery program for 5 years and competed in local tournaments all the way to the NASP World Championships. Since 2018, Taylor has been featured in Shimano Fishing’s marketing campaigns for the SLX rod and reel series, appearing in numerous videos and social media posts. In 2019, she was asked to attend ICAST where she presented the new Shimano SLX DC at two morning press conferences. She wants to continue growing her outdoor industry relationships and travelling as her schedule allows. By the way, Taylor did her first radio interview with Eva Shockey back in 2016...when she was only 12. 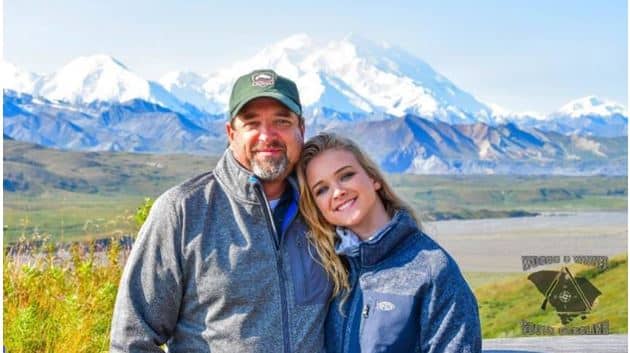