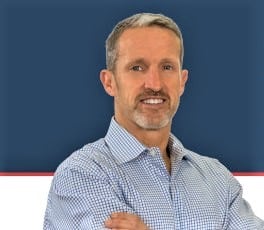 (August 23, 2018)—SC House District 69 Representative Chris Wooten (Lexington) will be hosting a weekly radio show on The POINT Radio, 100.7 FM/1470 AM and www.makethepointradio.com every Wednesday morning from 9am-10am.

The POINT General Manager Keven Cohen says, “We continue to strive to bring The Midlands great local talk-radio. What is more local or relevant than having a current elected official like Chris talking about the issues we’re dealing with on a weekly basis?”

Cohen says this is something overdue for local radio in Columbia. “Chris promises he’ll feature interviews with members of the House and Senate. He’ll have Democrats and Republicans on and is eager to be held accountable. The show is live and will take phone calls, emails and social media comments from The POINT listeners.”

Cohen adds, “This is a critical time for people around The Midlands. In addition to it being an election year, we have the crisis with our power companies continuing. We have had too much corruption with elected officials. The POINT focuses on local issues because we need a place where listeners can learn and vent when something in our community is troubling. With Chris doing joining our team, we can hold elected officials accountable and have greater access to them weekly.”